Back in January, I heard about a college party that took place in the town where I live. One of the partiers noticed that no one was drinking beer, so he asked around to find out why. It turned out that everyone was afraid of catching the coronavirus.

I swear I did not make that up. It makes you wonder if college kids should be allowed to vote.

By now I assume that most people, even college students, know that the novel coronavirus (COVID-19) did not originate from a Mexican beer. It actually originated somewhere around Wuhan, China, where it was transmitted from animals to humans.

The type of animal and the method of transmission are matters of some debate, to say the least. Coronaviruses often circulate among birds and small mammals, and there was a theory early on in this outbreak that this particular strain had come from bats. More recently, researchers presented evidence indicating that the source might be pangolins, which are scaly, ant-eating mammals used in some traditional Chinese medicines.

Not to be too sensational, but in some ways the story is reminiscent of the worst epidemic of all time, the Bubonic Plague. The so-called “Black Death” also came out of China, and cut a similar swath across Iran and Italy. In that case it was a bacterial infection transmitted by fleas which were transported by rats.

There were several waves of plague over many centuries, but the most lethal arrived in Europe in the mid-1300s. It wiped out half the population on the continent and changed the course of Western civilization in countless ways.

Contrary to what you may think, the plague has never been eradicated.

There are a number of new cases every year, including in the United States, and people still die from it. Even with antibiotics, the death rate is probably around 10 percent.

You also might not realize that there was another pandemic of epic proportions, and that there are still some people alive today who survived it. We now call it the 1918 Influenza Epidemic, but it was generally referred to at the time as the “Spanish Flu.”

In spite of it having taken place fairly recently, there is a lot of variation regarding the facts and figures. It is thought that around a half-billion people around the world became infected, more than a quarter of the total population, and that as many as 50-million people died.

There is no consensus on the source location, but it certainly wasn’t Spain. It was first noticed by military pathologists in Étaples, France, which was a major staging area for troops heading into what was then called the Great War, in late 1917. Since soldiers were coming in from all over at that point, it was impossible to figure out where it had come from.

One theory was the United States. The first known case in this country was a man named Albert Gitchel, who was training for service in the army at Fort Riley, Kansas, in early 1918. By March of 1918 there were several hundred soldiers infected at the base.

The Spanish flu was caused by an “H1N1” virus, similar to the 2009 swine flu. Both are avian viruses that transmit from birds to pigs to humans. Like the plague, it’s possible that they both originated in eastern China, where animals and humans are crowded together.

It’s called the Spanish flu for an interesting reason. Unlike Britain, France, Germany and the U.S., Spain was not a combatant in the First World War. In those days (at least), nations at war typically censored the press in order to control public sentiment and avoid giving aid, comfort or information to the enemy.

Because Spain allowed its newspapers to report honestly about the extent to which the infection had spread in their own country, and other nations did not, it created the false impression that there were more cases in Spain than elsewhere. Apparently, lack of transparency from governments during epidemics is not a new issue.

China, on the other hand, had a relatively mild flu season in 1918, but that does not mean that it was disconnected from the outbreak. Historians suspect that the virus had been circulating there for some time, giving the population the opportunity to develop some immunity.

So the Spanish flu may have come from the same region as the coronavirus, but it was a very different animal. Take, for example, the relative ages of the people most affected.

The Spanish flu was deadliest among young adults, with 99 percent of fatalities under the age of 65. This seems counterintuitive, and the exact reverse of the coronavirus. One theory is that older adults had acquired immunity by surviving the “Russian flu” pandemic of 1889. Another is that younger people were harmed by the overreaction of their own stronger immune systems.

It was not a seasonal flu virus. The first, relatively small wave occurred in the summer of 1918, followed by the major pandemic in the fall. It corresponded precisely with the end of the war, so soldiers going home carried it to every corner of the globe. Tahiti lost 13 percent of its population in a month. Samoa lost 22 percent in two months.

In the United States, approximately 30 million people became infected out of a population of 105 million. Somewhere between 500,000 and 600,000 died, or about one-half of 1 percent of the total population. The whole course of the disease, including the third wave in the winter of 2019, took 10 months.

No one can say with any certainty how many people were killed in the First World War, nor how many were killed by the 1918 flu, but you could say that they were roughly on the same scale. In terms of Americans, the flu killed about five times as many as the war.

It all makes me wonder why I learned so much in high school and college about the Great War, and almost nothing about the influenza outbreak. Most other people had the same experience, to the point that some historians have referred to the Spanish flu as “the forgotten pandemic.”

The war itself was certainly part of the reason for that. A war is a much easier narrative for people to understand than an epidemic, driven as it is by human motivations, and unwinding over a period of years. When it ends, it leaves deep scars on the landscape and the population for generations.

Another part is probably the fact that people back then were simply more accustomed to plague and pestilence. They had seen deadly outbreaks of yellow fever, diphtheria, typhoid, cholera and other contagions, and accepted them as facts of life.

They were also pretty tough. I only knew one of my grandparents, my mother’s mother, who was born in 1891. By the time I knew her she had been through all the above, plus two world wars and the Great Depression. She was hardworking, fiercely independent, warm, cheerful, and utterly fearless.

We may have softened up a little over the past century, but underneath it all we are still the children of those people. If push comes to shove, I think we’re pretty tough as well. 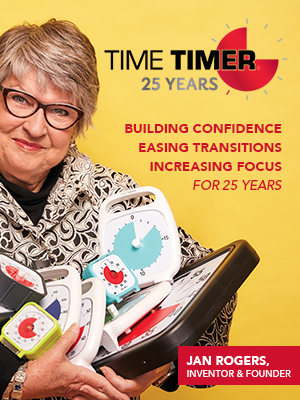