Founded on hard work, innovation, strong values, and love, companies like Baumgartens are well prepared for the challenges ahead.

Family-owned businesses have been the backbone of our industry since its very beginning. Companies begun generations ago by husbands and wives – who became the original moms and pops – continue to grow and evolve under the direction of sons and daughters, grandchildren and great-grandchildren.

Baumgartens, specializing in unique and useful products for the school and office markets, is a good example. It began in Austria, where Julius Baumgarten and his wife Rosalia manufactured fine papers in the 1800s. Frederich Baumgarten brought the business to America. His son Hans and daughter-in-law Jean began to grow the firm after World War II. Jean was named CEO and board chair in 1996.

They had five children – four daughters and a son. David, the youngest, has worked at Baumgartens for 25 years as executive vice president.

Jean passed away on February 14 at age 94. As was her wish, David’s wife KwiYoung became majority stockholder and chairman of the board. Together, the couple operates the company from its headquarters in Atlanta.

The legacy of Hans and Jean lives on

Three years after his father arrived in the U.S., Hans, age 14, caught one of the last rescue kindertransport convoys to England in 1939. The following year, he, his mother and brother sailed to Quebec, took a bus to New York City, and were reunited with Fred. Hans became a U.S. citizen and in World War II, he was among the troops that landed on Normandy’s beaches.

Hans and Jean worked hard to revive the family business when the war was over. They took their products to tradeshows around the world, and treated each trip as an adventure. David remembers a story from the 1970s, when his parents were traveling to a tradeshow in Chicago. Just a few miles from the convention hall, their Cadillac El Dorado got stuck in a snowstorm. Undaunted, they unloaded the luggage and product samples from the trunk, piled them on flimsy carts, and pushed them the rest of the way to the show.

Jean, the daughter of a single mother, grew up during the Great Depression. She joined the Army Nurse Corps and met Hans when she returned to her hometown, Washington, D.C.

“She had vision, and knew how to pick or make beautiful things that the world hadn’t yet seen,” said David. “She knew how to talk them up, write them up, and put things up for sale.”

Building a legacy of their own

When KwiYoung joined the company in 2018, Jean said, “I am quite hopeful my son and daughter-in-law can work together as wonderfully as my husband and I did for 60 years.”

A fintech and payments public relations veteran, KwiYoung held positions at First Data and Verifone before officially joining Baumgartens. She had worked with David part-time for four years to launch PenAgain, an ergonomically designed writing instrument; and the sustainable Conserve line that includes dishware made from sugar cane fiber, and cups and utensils made from corn plastic.

“Over the last couple of years, Jean dedicated time to me on a weekly basis to teach me how to successfully lead the family business,” KwiYoung said. “I will do my utmost to honor her legacy.”

David’s father was an environmentalist, in addition to being a people-centric adventurer. “His questions were always, ‘How long until all this stuff hits the landfill? Is the wood used from managed forests? What happens to the water runoff?’” he wrote when his father died in 2017. “‘It’s not nature’s job to have concern for us,’ he said. ‘There are consequences, and they will have an impact on our children’s lives and health.’”

The following year, under David’s direction, Baumgartens announced its goal of screening 100 percent of its 800 products for toxins and heavy metals. Based on a stringent European standard called the Restriction of Hazardous Substances (RoHS) directive, the initiative qualified and tested thousands of Baumgartens’ product components. Heavy-metal-safe products continue to be added to the company’s portfolio as the result of annual tests.

Since then, the company committed to introducing compostable and biodegradable materials to the products it develops wherever it is feasible. It also offers a “display rack take-back program.” Instead of tossing the racks when they’re done, customers can call Baumgartens to pick them up for refurbishing or recycling.

The company’s goal is to be carbon neutral by 2022.

“In my view, the contribution of a husband-and-wife team to a business involves the emotional support that exists between the two,” KwiYoung told us. “Solo business ownership can be lonely, especially when you know how much your decisions can positively or negatively affect the family. Neither David nor I go home to a spouse that doesn’t ‘get it.’ We share the burden of failure and enjoy the successes of this precious family business together. There are plenty of challenges when we consider each of the myriad choices before us, but it is a pleasure to share in this way.” 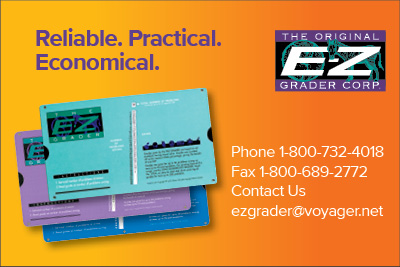